A Rigid-Heddle Loom for the People

Whenever I hear a rigid-heddle loom referred to as a “beginner’s loom,” I can’t help but shake my head in disappointment.

Centering in the reed or rigid-heddle doesn't have to be exact. Photo by George Boe.

Whenever I hear a rigid-heddle loom referred to as a “beginner’s loom,” I can’t help but shake my head in disappointment, for while the loom itself might be simple, it is capable of producing complex cloth. If anything, the rigid-heddle loom is an everybody sort of loom—so I’m here to dispel some rigid-heddle weaving myths.

Myth 1: It’s only for beginners 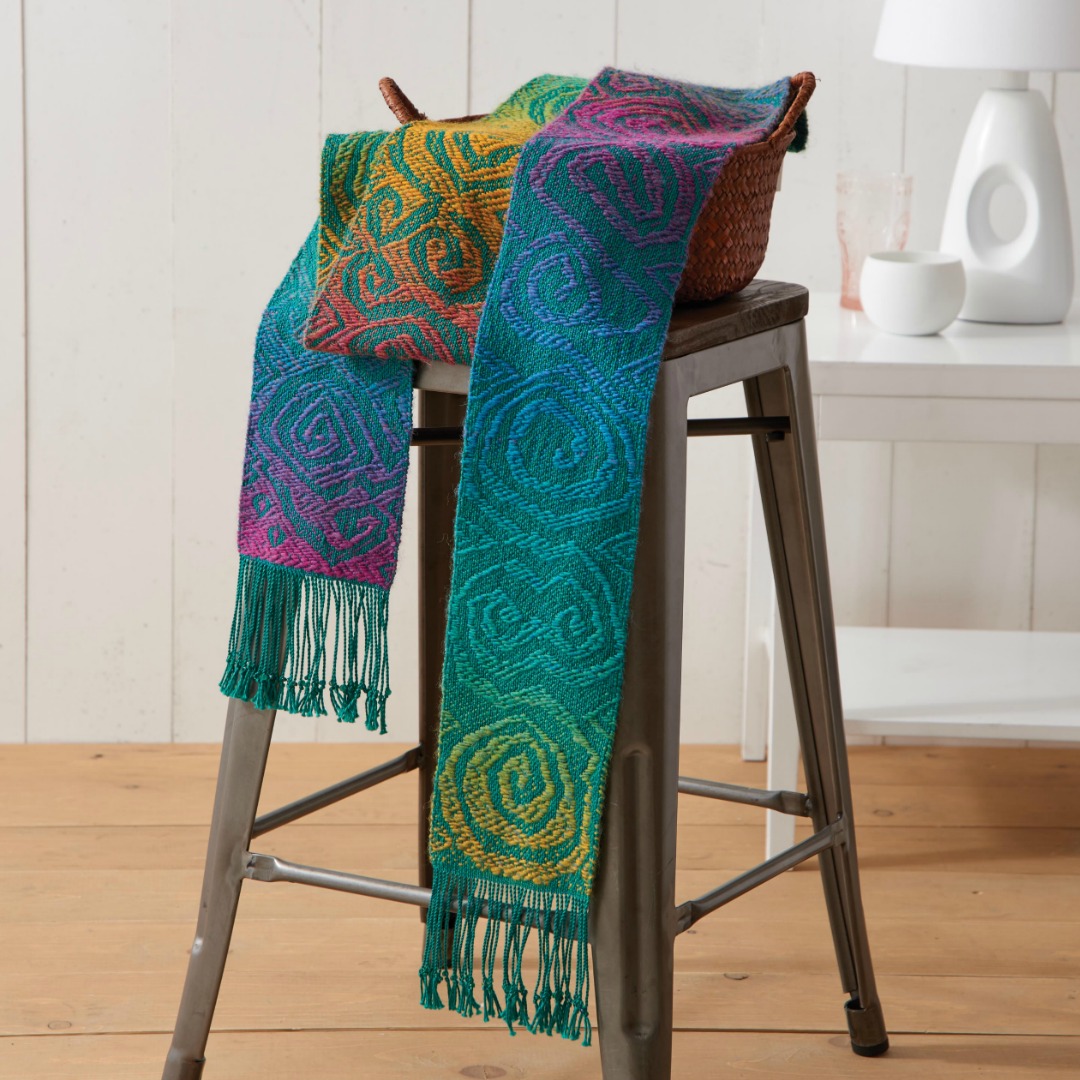 Lisa Raynor’s freeform overshot scarf is anything but simple or plain AND it’s woven on a rigid-heddle loom.

Myth 2: It only produces “simple” cloth

This one always makes me roll my eyes. The rigid-heddle loom is a very simple loom that’s set up to weave plain weave, but a simple loom does not mean simple cloth. Backstrap looms are very simple looms, and yet they are used to produce some of the most intricate weaving out there. Rigid-heddle looms make hand manipulation of threads much easier, and with the aid of a simple pick-up stick or two, you can create designs that would take dozens of shafts. You can also use hand-manipulation techniques to create warp or weft floats, Danish medallions, rya, Brooks bouquet, and other wonderful designs.

Okay, so this is less a rigid-heddle myth and more of an all-of-weaving myth. For some reason, plain weave has become synonymous with boring, similar to vanilla, and I’m sorry, but I love both plain weave and vanilla. Plain weave is a great structure for playing with color—you can weave stripes, plaids, or seemingly complex color-and-weave designs in plain weave. Use plain weave to showcase yarns with fun textures or color variegation. If you think plain weave is boring, then you’re doing it wrong.

Myth 4: You can’t use “real” weaving yarns on a rigid-heddle loom

So there you have it, the rigid-heddle loom is a loom for every level of weaver, whether you want to weave nothing but beautiful plain weave or experiment with complex pick-up designs. It’s the kind of loom that you can enjoy and explore for years to come.