Christina compares 3 different color-and-weave projects, each of which add a new spin to log cabin.

When I first started weaving on my rigid-heddle loom a decade ago, the first technique I fell in love with was color-and-weave and more specifically, log cabin. At first, I loved these patterns for the optical illusions they created, but then I learned how much fun they could be when you took them a step further. 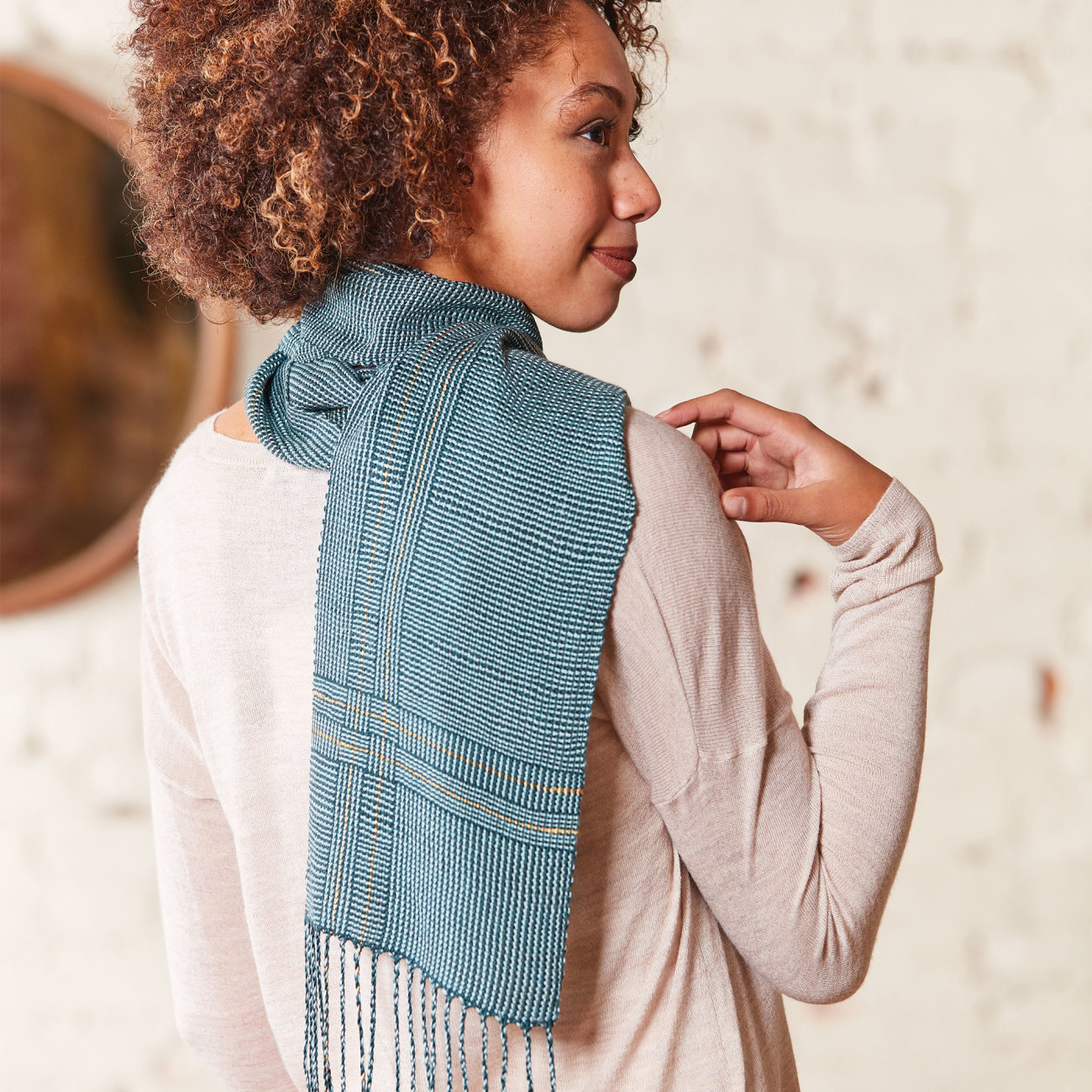 For example, Peg MacMorris’ Subway Scarves from Easy Weaving with Little Looms 2019 use a simplified version of log cabin to create dramatic-looking scarves. Instead of frequently switching up blocks of dark and light, Peg has only 4 blocks in both warp and weft, two of which are much narrower than the others. Immediately, this design draws your eye to the point where the two narrow stripes seem to cross. The pattern gives the illusion of large ribbons being woven within the weaving. As if that weren’t enough, Peg added 4 strands of gold in one scarf and red in the other: two in the warp, two in the weft. This added pop of color is such a small choice, but the results speak for themselves. 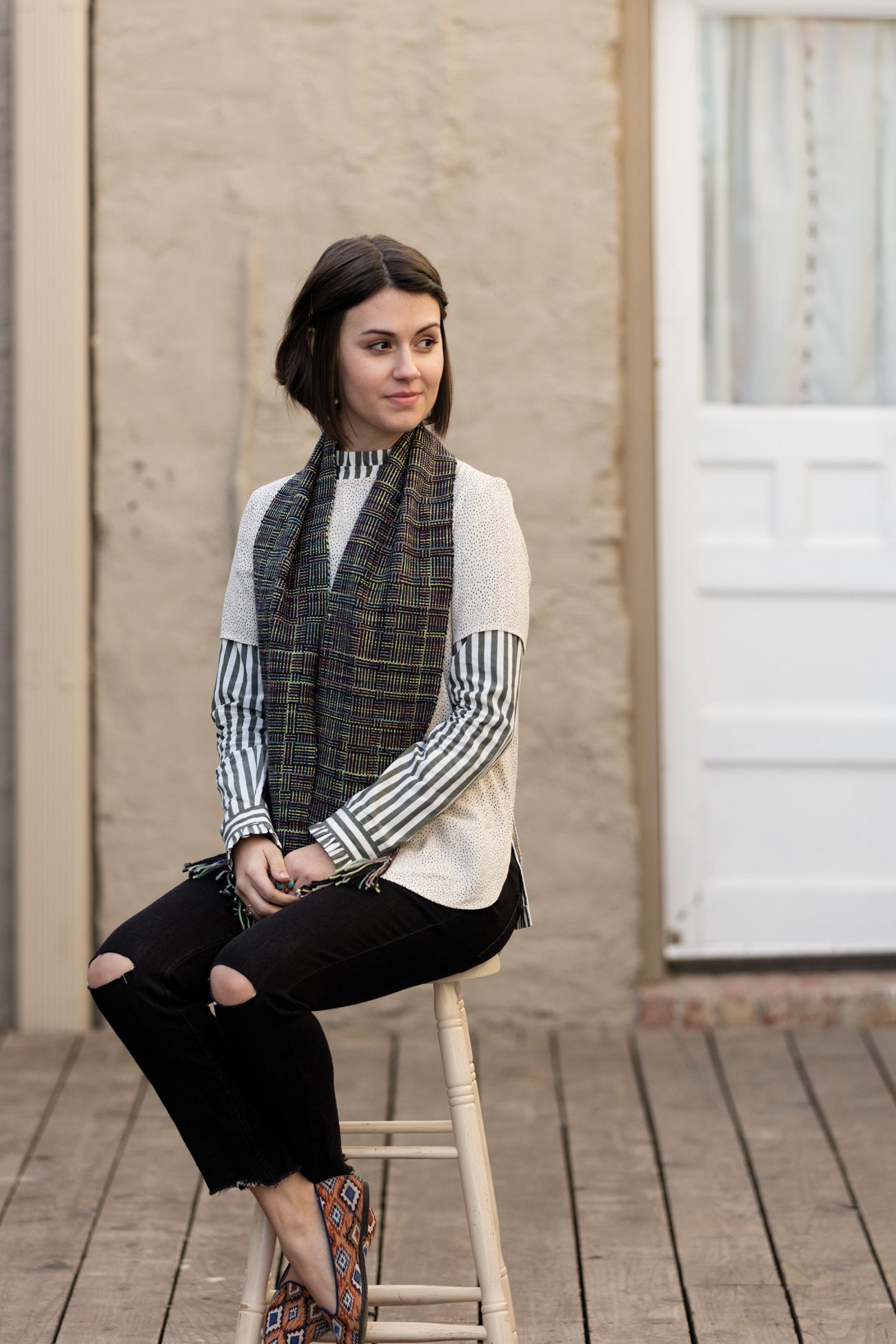 Now take a look at Whitney Dorband’s Stormy Seas Scarf from Little Looms 2017. Unlike Peg, Whitney chose to go for a more traditional, symmetrical look both warp- and weft-wise. Where she strays from convention is by using a variegated yarn as her “light” color. Once again it’s a fairly simple change with a huge impact. Colors shift and change in the light yarn while the black contrast remains steadfast. It’s the kind of scarf you can’t help but stare at because there’s so much going on. 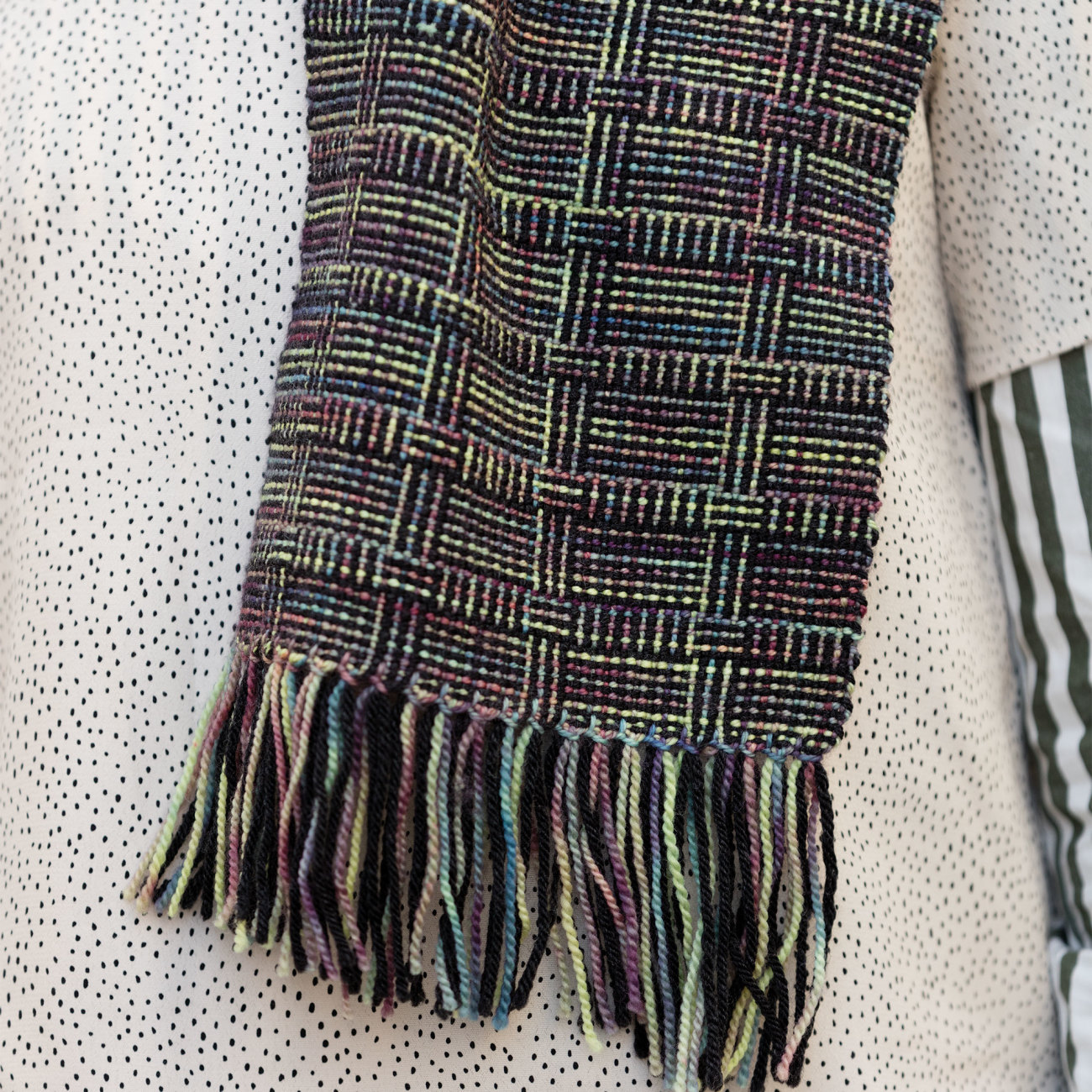 Finally, let’s head back to the Little Looms 2019 issue and check out Benjamin Krudwig’s Gridlock Scarf. Similar to Whitney, Benjamin subverts traditional color-and-weave by using variegated yarn in his scarf, but this time the variegated yarn works as both the light and dark yarn. Another key difference is that while Whitney’s variegated yarns shifted from color-to-color, Benjamin’s stay one color but shift between lighter and darker shades. As a result you have a scarf where in some portions, the log-cabin pattern is instantly recognizable while in others, the pattern is much less obvious. He also added some subtle changes in the color order in the warp and weft to give the scarf some asymmetry, but because of the yarn choices, it’s not immediately apparent. The more you look at the scarf, the more you discover. Once again, simple choices, big impact. 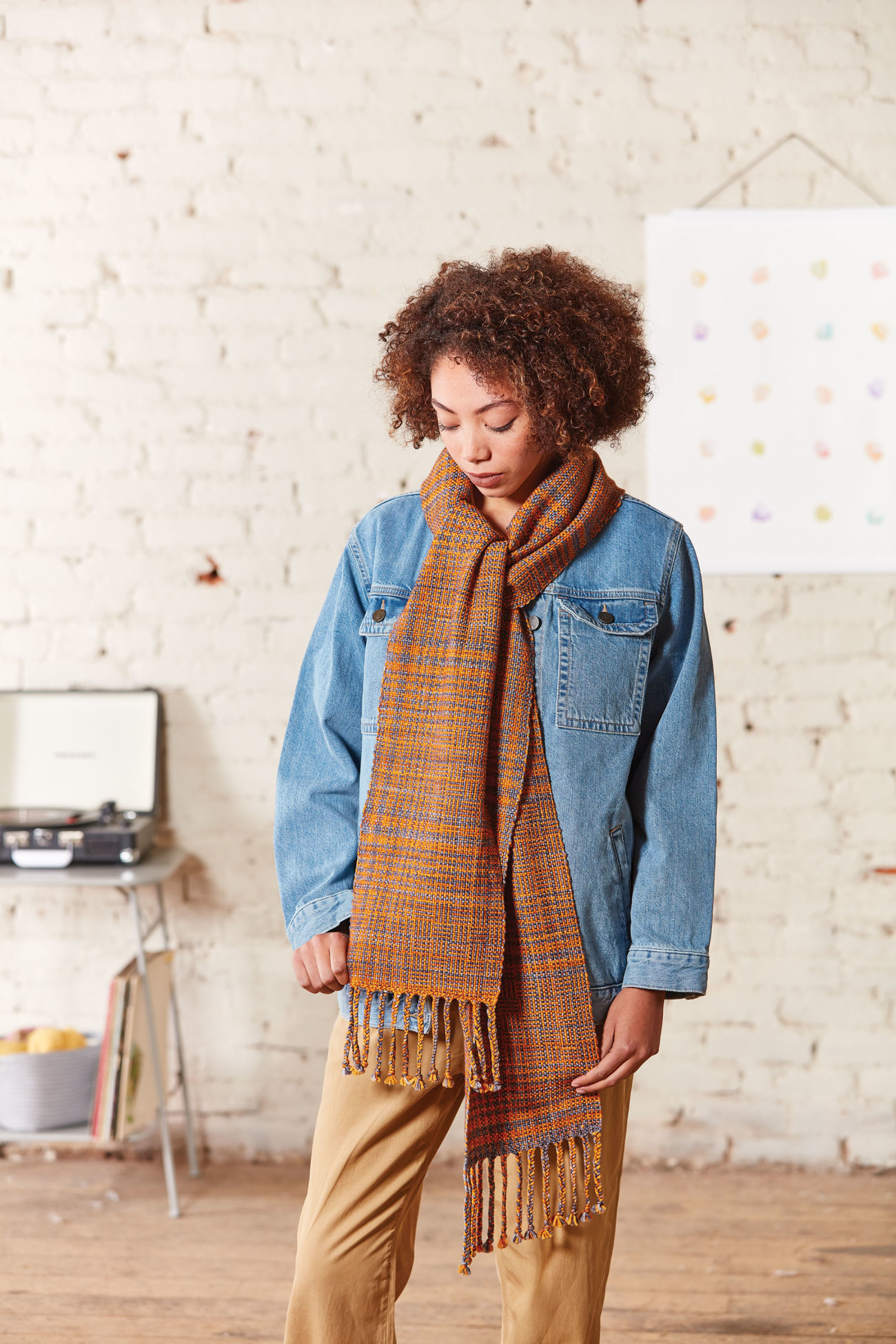 All three of these scarves are color-and-weave, and all three are log cabin. Yet these scarves each pack a very different visual punch. Knowing not just how to design with color-and-weave, but also how to subtly tweak it will add so much to your weaving arsenal. If you’re interested but don’t know where to start, Sara Bixler’s new course Color-and-Weave on the Rigid-Heddle Loom is a perfect jumping-off point.