What happens when you take the classic color-and-weave pattern of log cabin and add some extra elements to spice it up? Christina explores some examples of rigid-heddle patterns that do just that!

Whitney Dorband's Stormy Seas Scarf from the 2017 issue of Easy Weaving with Little Looms combines a solid and variegated yarn together to take her log cabin scarf to the next level. Photos by George Boe

When I bought my first rigid-heddle loom, the first pattern I wanted to weave was log cabin. I loved how alternating between light and dark threads in warp and weft created a pattern that created optical illusions and looked far more complex than the plain weave in which it was woven.

For that first project, I decided to weave a scarf in Colorado State University green and white for my husband, who at the time was a Ph.D. candidate at CSU. I carefully warped the loom using the direct-warping method, making sure my blocks of pattern were threaded properly. As I wove, I delighted in watching the pattern form, and then, simply by changing the order of the light and dark threads, I would watch as my pattern emerged anew. I was so proud of that scarf. It wasn’t perfect—I made a color-change error at one point, and the finishing left something to be desired—but it was beautiful in my eyes.

Now, years later, I’ve woven many more projects, but I still have a soft spot for log cabin, especially when clever weavers take it to new levels. One of my favorite methods for spinning traditional log cabin is the use of variegated yarn. In her Stormy Seas Scarf in the 2017 issue of Easy Weaving with Little Looms, Whitney Dorband combined a solid charcoal with a variegated yarn in greens and purples. The result is a scarf that is still very clearly log cabin, but with a feeling of movement and urgency in the patterning. 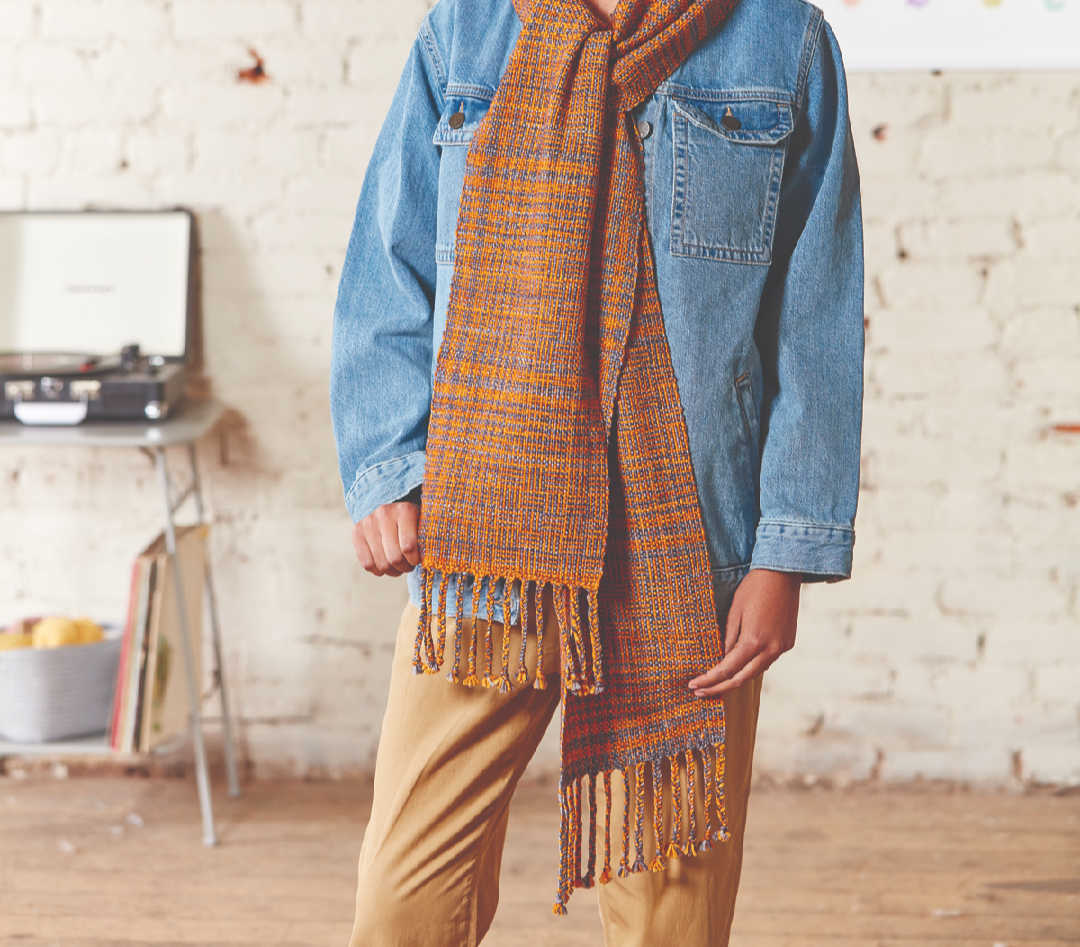 Benjamin Krudwig's Gridlock Scarf from the 2019 issue of Easy Weaving with Little Looms features variegated yarns for both the light and dark threads in the log cabin design.

Benjamin Krudwig takes this idea even further by using a variegated yarn for both his warp and weft yarns. In his Gridlock Scarf from the 2019 issue of Easy Weaving with Little Looms, Benjamin took his inspiration from traffic, with the oranges and grays in his scarf standing in for car lights as they travel down cement streets. Unlike real traffic, the chaos evoked by Benjamin’s scarf is one full of joy—it’s hard to look at his scarf and not smile. 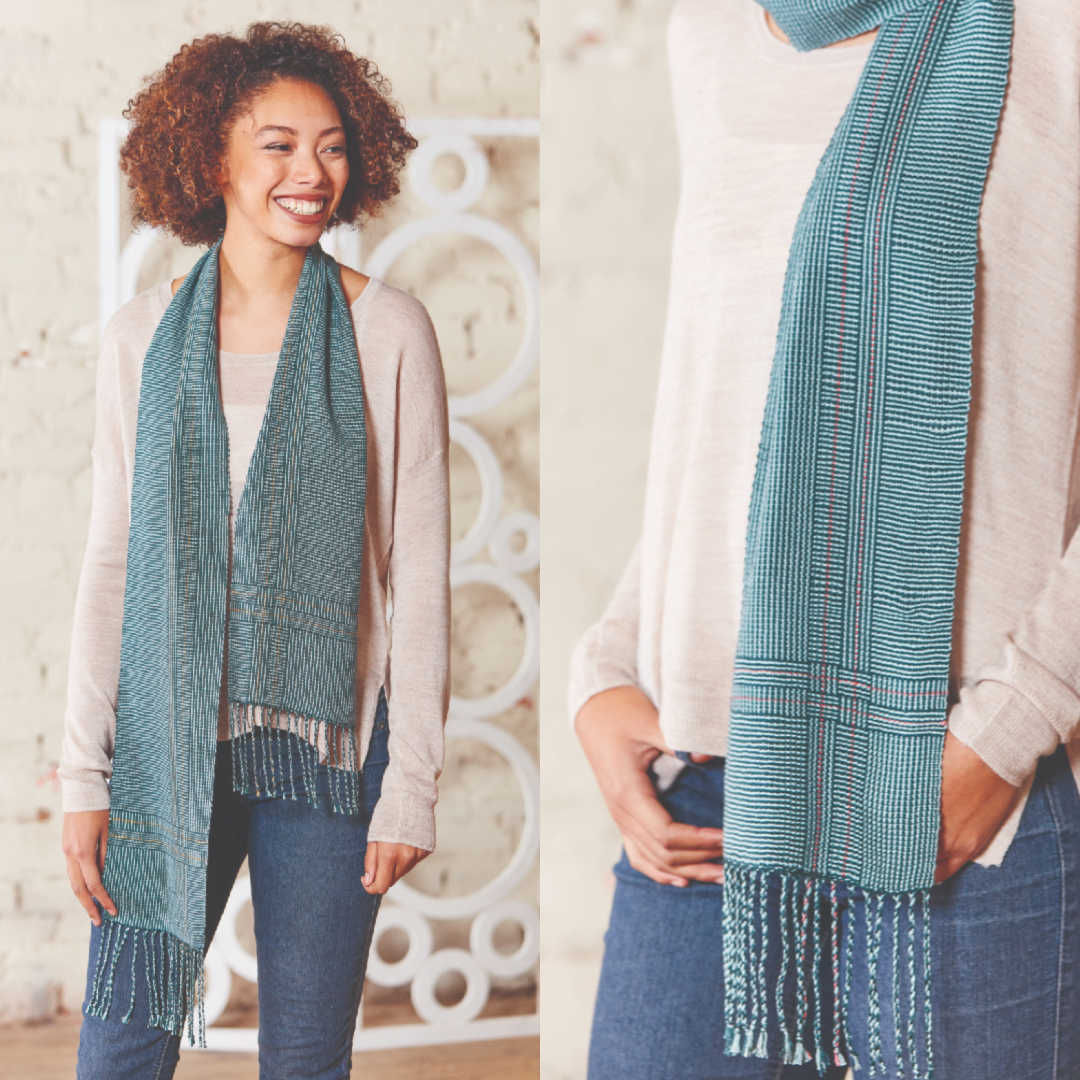 Peg MacMorris's Subway Scarves use a non-traditional, asymmetrical log cabin with a simple pop of color to add visual interest.

Taking things in a completely different direction, Peg MacMorris’s Subway Scarves, also from the 2019 issue, turn log cabin into something classic and endlessly classy. Rather than weave her scarves with frequent pattern changes—as is often seen in log cabin—she chose to weave large, asymmetrical, vertical stripes with 2 horizontal stripes at either end. She then chose to add a pop of contrasting color—just 4 little threads, 2 in the warp and 2 in the weft—to each of her scarves. It’s such a small touch, but it creates an instant focal point for the scarf. Those 4 little threads take a simple set of scarves and make them sublime.

This is just the tip of the iceberg when it comes to ways you can weave log cabin, and I never get tired of seeing all the ways that weavers take this simple structure and make it their own.