I’ve previously written about my delight in seeing the different beyond-the-obvious ways bandweavers use their bands, but somehow in that post, I missed writing about one of my favorite examples: Barbara Goudsmit’s delightful Plumeria Plant Hanger from the Summer 2021 issue of Easy Weaving with Little Looms.

Everything about this project is terribly clever, from the design to the execution. Barbara easily could have woven the band with flowers alone, and it would have been beautiful—but she added the extra touch of a green twisty vine as a border to the flowers. It’s a small detail, but it really does take this project to the next level. It’s also relatively easy to switch out the colors of individual components (flowers, vines, and background) to fit your décor or personal aesthetic. 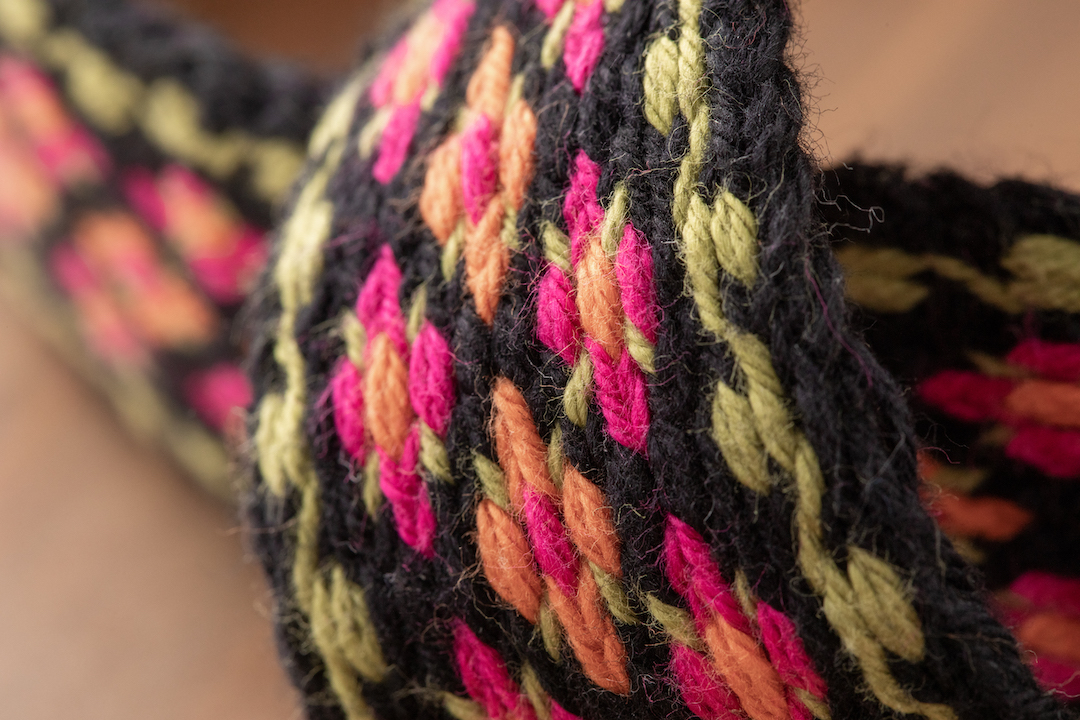 If the patterning looks more complicated than your typical inkle pick-up, that’s because Barbara is a tablet weaver. Weaving tablets (also known as cards) allow the weaver to have the power of a multi-shaft loom and all it entails on an inkle loom. Though the pattern seems complicated, once you’ve got the warp set up on the tablets, it’s fairly simple to follow this particular draft. Tablets are moved forward and backward in 3 large groups (2 border groups and the center pattern group) making it easy to figure out which cards need twisting in which direction for any given pick. 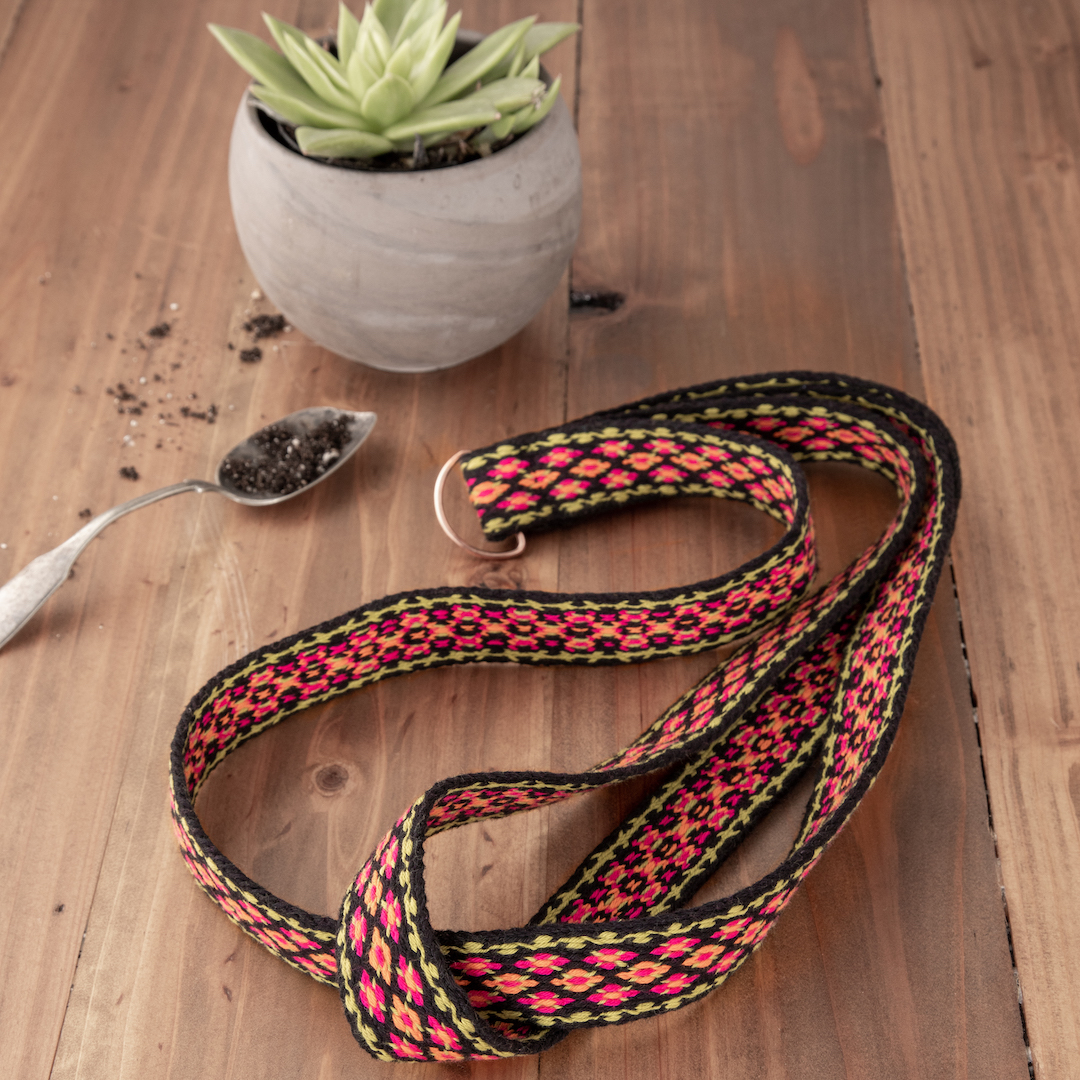 The plant hanger is made with a single band, cleverly looped and then sewn to a D-ring.

The final execution of the pattern is also simply brilliant. The long strap is strategically looped and sewn to a D-ring to create the plant holder. There’s no cutting of the band once it’s off the loom—it’s all one long band—and the construction is easy-peasy. The result is a fabulous, sturdy plant hanger that is sure to impress. The only problem you might come across is finding just the right plant to showcase in the hanger.