Learn the history of the Icelandic varafeldur and its links to Vikings and royalty.

While flipping through the Spring 2023 issue of Easy Weaving With Little Looms, you might notice something that sticks out a bit—a project not quite like the rest. Amid the towels and scarves you’ll find the shaggy Varafeldur Wall Hanging. This wooly wall décor fits the issue theme of texture perfectly, and we thought it would be fun to go into a bit more detail about the varafeldur and its long history.

While Rebecca Cengiz-Robbs interpreted the Icelandic varafeldur as a wall hanging, these items would traditionally have been much larger and worn as cloaks. The varafeldur’s history goes back to the Viking Age (800 CE–1050 CE). Medieval weavers wove these large and heavy textiles using warp-weighted looms. A base cloth of wool yarn woven in plain weave held the locks of wool, attached using Icelandic rya knots, firmly in place. 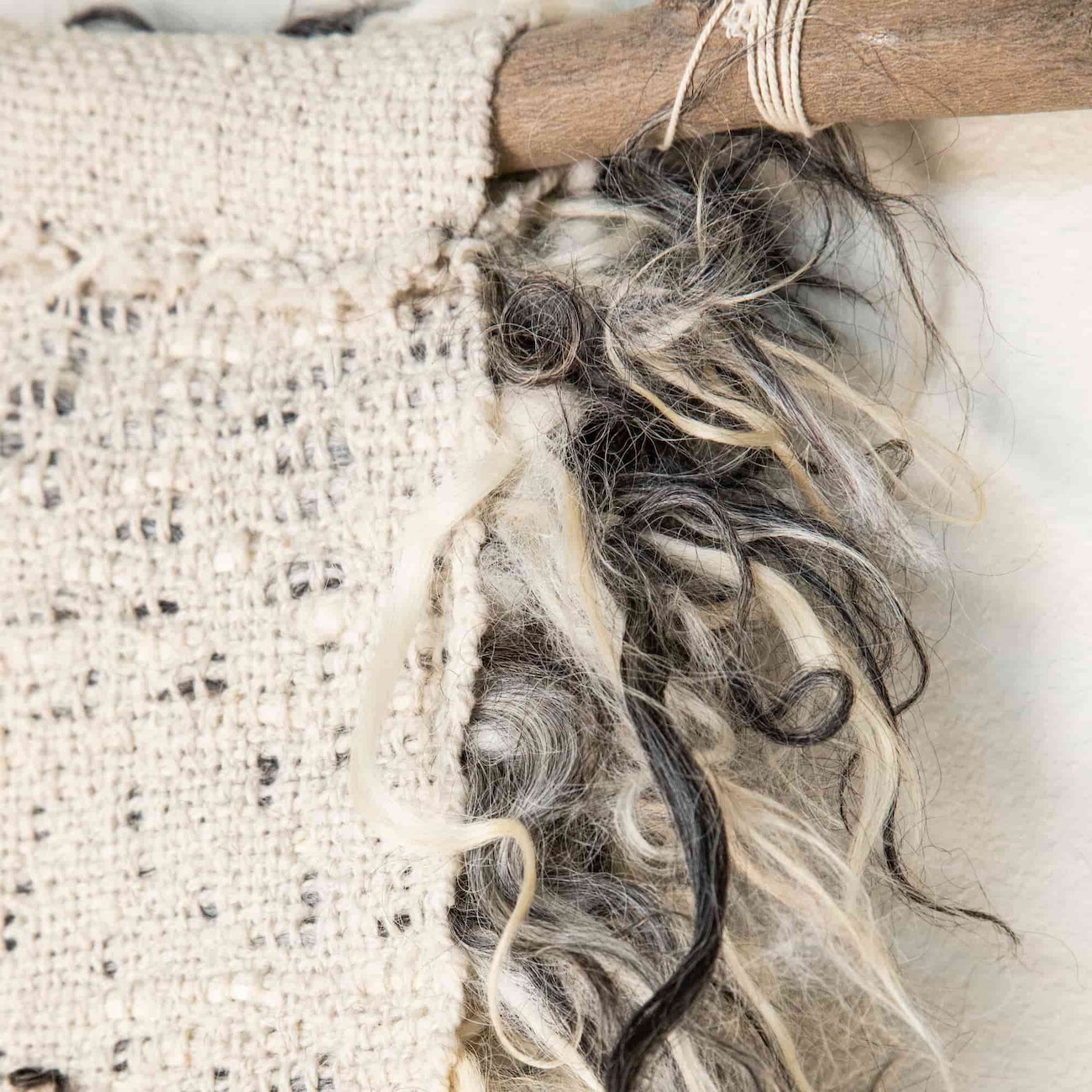 While the varafeldur might look unruly from the front, the back showcases the plain-weave groundcloth.

Varafeldur might look ostentatious to modern eyes, but for a seafaring culture in a cold climate, they could be literal lifesavers. The wool kept the wearer warm, and the lanolin in the locks added a water-resistant component. Wearing a varafeldur at sea helped protect the wearer from the elements. Personally, I think varafeldur also added to the fear-inducing image of the Viking, intentional or not. I can’t help but imagine a burly Viking warrior would be rendered even more terrifying while wearing one of these woolly cloaks.

Of course, in order to be worn by Vikings, varafeldur had to first make their way across the ocean to Norway. For that, you can thank the Norse King Harald Gråfell (935 CE–970 CE). According to legend, one day some Icelandic merchants arrived in Norway with a large inventory of varafeldur they could not sell. They offered the king one of their cloaks as a present, and King Harald not only accepted, but he loved it so much he wore it immediately and often. In fact, the Gråfell in King Harald’s name comes from his love of varafeldur: gråfell, which literally translates into “gray cloak,” is the Norwegian word for varafeldur. Once the king started wearing these cloaks, as so often happened, varafeldur, now gråfell, became popular garments.

While in Norway the gråfell were eventually mostly replaced by vadmal (also spelled wadmal), a heavily felted fabric, varafeldur remained popular in Iceland. Today they’re celebrated as a part of Iceland’s long and storied weaving history and beloved by historians and textile enthusiasts alike.

If you’d like to weave your own varafeldur, or at least a miniature version (no warp-weighted loom required!) check out the Spring 2023 issue of Easy Weaving with Little Looms.