Types of Small Looms for Weaving

We feature many different types of weaving and looms in each issue of Easy Weaving with Little Looms. Here’s a roundup of the most common.

One of the fun (and sometimes challenging) parts of working on Easy Weaving with Little Looms is that the magazine covers so many different types of small-loom weaving. If you’re newly interested in weaving and aren’t sure what loom you want, it can be a bit confusing. So here’s a roundup of looms we regularly feature in Easy Weaving with Little Looms and a bit about what makes each loom unique.

Before we delve into loom types, it’s helpful to know a few terms. Warp is the yarn put on the loom—the primary job of the loom is to hold the warp at tension. Some looms will also let you move the warp forward as you weave. Each thread in the warp is called a warp end. The weft is the yarn you weave from side-to-side within the warp, and often (but not always) the weft yarn is wound onto a shuttle. Each row of weft is called a pick.

The shed is the space created between two layers of warp when some warp ends are lifted and others are lowered. Some looms have a mechanism for creating a shed; for others you use your fingers or other tools to create those layers. When the shed is created by lifting or lowering every other warp end so the weft thread travels over-under-over-under, that is called plain weave.

The rigid-heddle loom, shown in the photo at top, gets its name from the heddle used to lift and lower warp ends and to beat them in place after each pick. The heddles contain evenly spaced slots and holes. The spacing of the slots and holes determines the sett, or how many warp ends you have per inch. 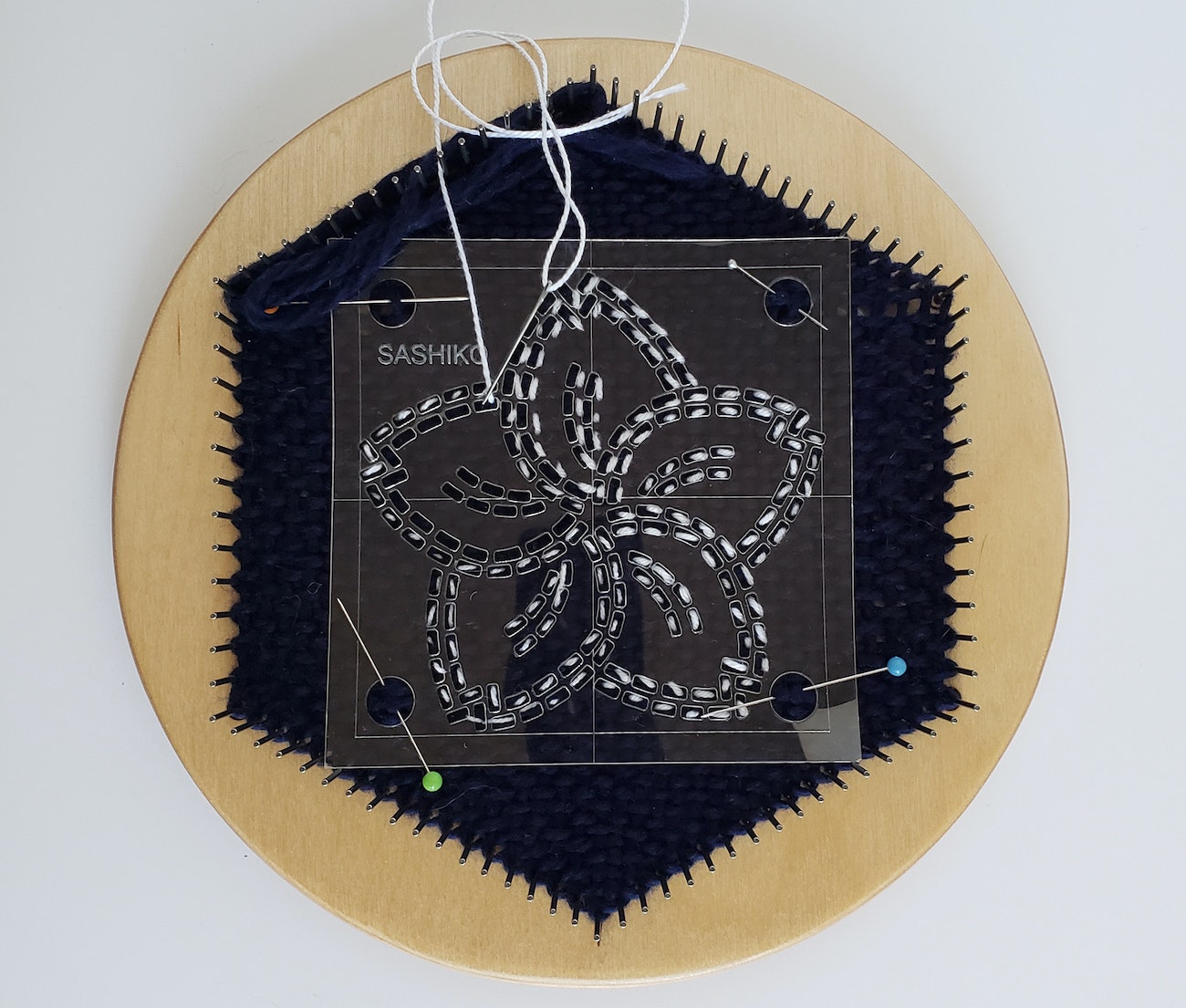 Pin looms are a deceptively simple-looking type of loom. Typically, the looms come as a sort of wooden or plastic frame with nails or pins sticking out at regular intervals, either in groups of 3 or evenly spaced. They are woven on by winding on 3 layers of yarn and then weaving a fourth layer to hold the other 3 in place.

I’m grouping tapestry and frame looms together because, among other similarities, both looms let you do tapestry-style weaving. Both types of looms are typically rectangles or squares (although some are “I” shaped as you see above) with some sort of evenly spaced teeth, nails, or notching system at the top and bottom where the warp can be wound. Yarn is often placed carefully by hand and several wefts might be used in a single pick. 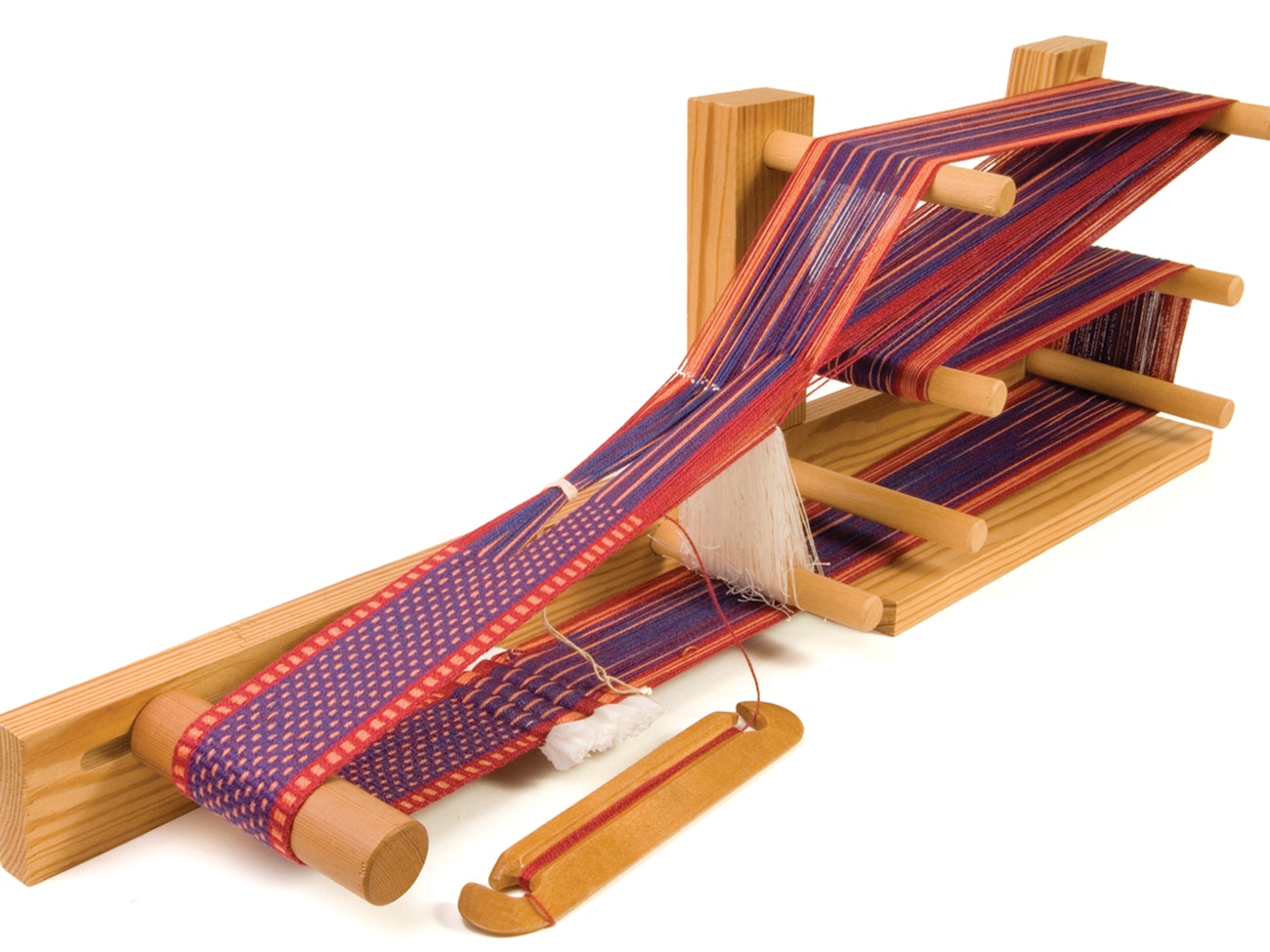 An example of a warped inkle loom. Photo by Joe Coca

Inkle looms are primarily used to weave bands. They have a relatively narrow weaving width, especially compared to the length of warp that can be put on the loom. The warp is wound by wrapping around pegs to get the length required.

While we do not call out band looms in Easy Weaving with Little Looms, most—if not all—of our band/tablet projects can be woven on one. Band looms are sort of hybrids between inkle and rigid-heddle looms. They weave very narrow warps but use a heddle system to lift or lower the warp ends. 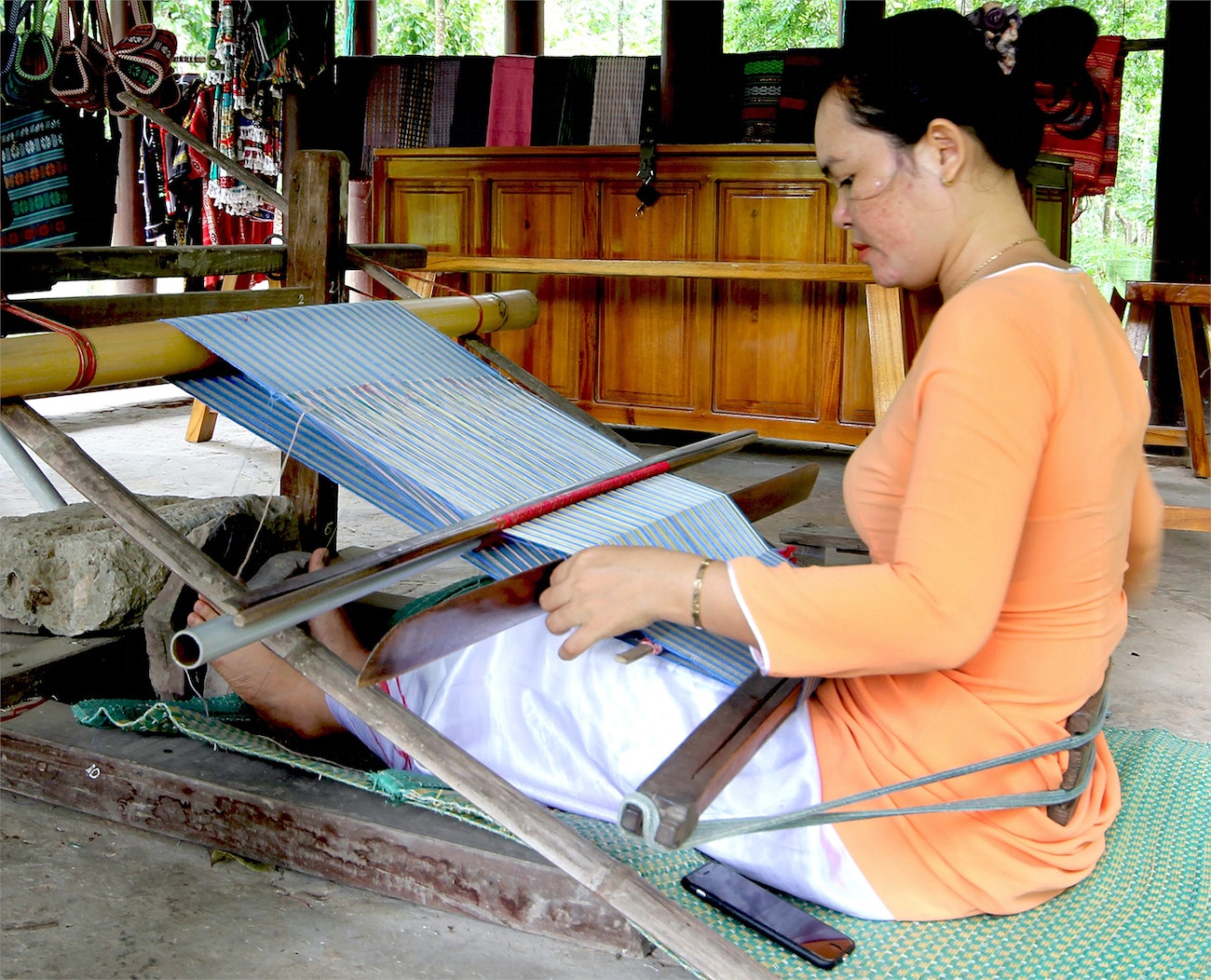 The backstrap loom has been around for centuries, with many cultures inventing their own variations. There are some commonalities among variations, though: The warp is held stationary at the far end and then attached to something that goes around the weaver’s back on the other end. It’s the weaver’s own body that keeps the warp tensioned. 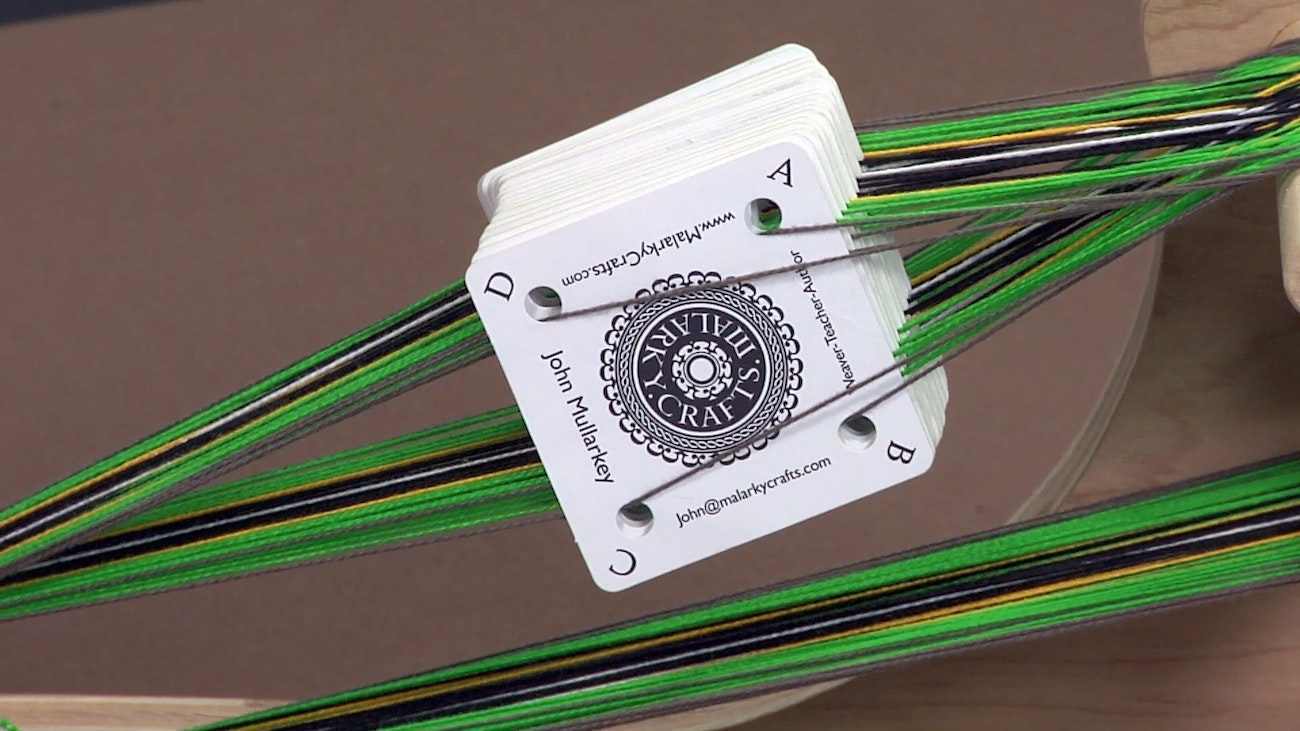 An example of weaving tablets threaded and on the loom. From the video course Tablet Weaving Made Easy with John Mullarkey

Tablet weaving, also called card weaving, is interesting because it’s technically a loomless type of weaving. In tablet weaving, you use a set of cards (often square, sometimes other shapes) with holes typically in the corners of the shape. The warp is threaded through these holes strategically. From there, you need only to anchor the warp in some way and hold the warp at tension while you weave. The shed is created by turning the cards in different directions. Although you don’t technically need a loom for tablet weaving, many weavers will do it on inkle, band, backstrap, or even rigid-heddle looms.

Of course, this is just the tip-top of the iceberg that is small-loom weaving. Over time, I’ll write more about individual loom types and go into more details about how they weave.